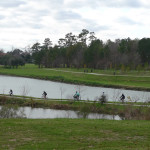 The East End District, following the outcomes and recommendations from the first Livable Centers initiative, developed a master plan for improvements in the East End. The District’s original investment of $2.5 million in reserve capital funds has been leveraged into $31 million in sidewalks, transit connections, parks, and hike-bike trails, helping to develop the East End into a sustainable, transit-oriented walkable, and mixed use urban neighborhood.

The map illustrates the extent of the leveraged funds for these projects since 2013. 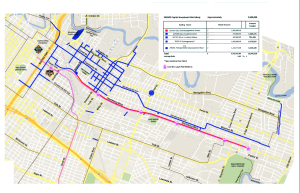 Easy access to light rail, connections to bayou trails and parks, and wide, shaded sidewalks will benefit East End residents and visitors alike. A good proportion of people in the East End walk or cycle to school and work daily, making the network of East End trails vital to the population. Opportunities to connect pieces of hike and bike trails through neighborhoods to parks, schools, and workplaces are being funded by the District’s capital reserves on Harrisburg, as well as with federal funds on Sampson, York, Navigation, Delano, Milby, Commerce, Canal, Sherman, and Bryan streets, and with Harris County Precinct 2 funds.