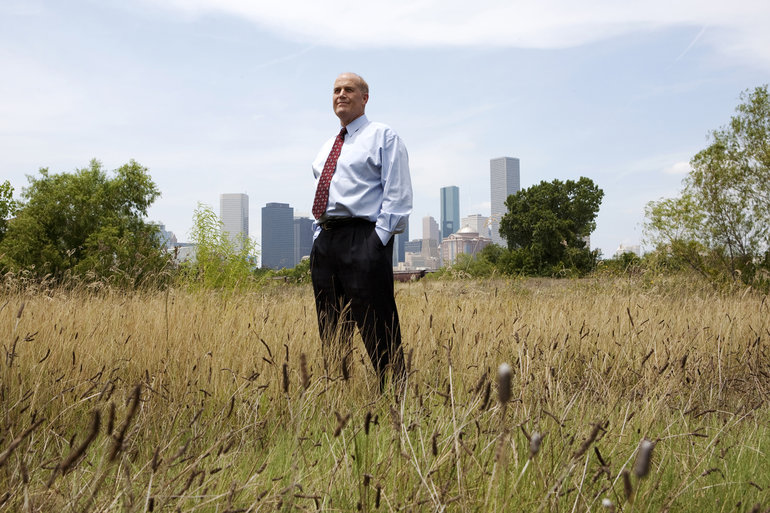 The East End has a broad mix of housing, from shotgun shacks that rent for $300 a month to new townhomes worth upward of $300,000. Still, huge swaths of its 16 square miles are empty, with nearly a third of the land considered industrial and a quarter of it entirely undeveloped. As a result, there’s wide open prairie just a short distance from the city’s skyscrapers and stadiums.

That’s about to change. Next year, a new four-mile light rail line will open and run through the heart of the community. More than $7 million has been spent on sidewalks and other pedestrian improvements. A newly opened pedestrian “esplanade” featuring cafe seating and dozens of stalls for vendors just opened in the center of Navigation Boulevard, the community’s Main Street. Parks and trails are set for a makeover. A new cultural center is in the works. Public art is starting to dot the area. Officials are even planning for the possibility of a streetcar to link the northern reaches of the East End to the rest of the transit network.