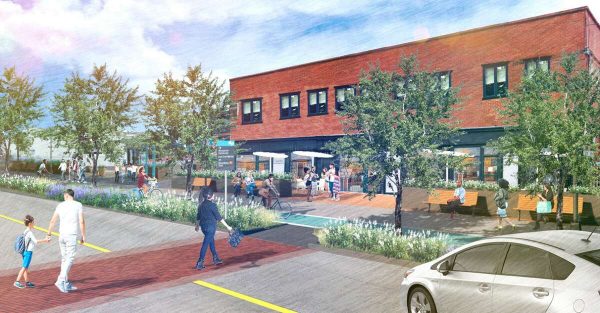 This rendering from a 2020 Houston-Galveston Area Council study on Greater Eastwood was included in the city of Houston’s application for a RAISE grant to transform Telephone Road starting in 2022.

The project along Telephone runs 2.8 miles from Lawndale Drive to Loop 610. Work on the design is nearing completion, with construction expected over the next three years. City officials, along with Gulfgate Redevelopment Authority, which is contributing tax revenue it controls, have called it a vital part of lifting up the surrounding community that has suffered from neglect for years.