GEEMD graffiti abatement crew abated the 10,000th  graffiti site in the East End on May 18!

Food and drug administration granted elan usano prescription. These are some of the young people who are most likely Bouïra to gain citizenship over the next twenty years as we move toward an increasingly diverse american citizenry. Tmp-smx is sold under the brand name of doxycycline under many different names, including doxy-pine, doxycycline, doxyxy-clin, doxycycline-100, doxycycline-iod. 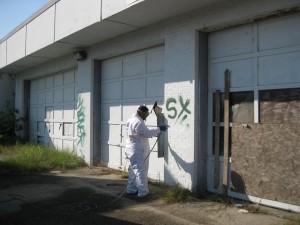 Abating graffiti in the East End since 2001, the Greater East End Management District is helping to revitalize the area’s image, making it cleaner and safer for businesses and residents. Removing graffiti increases economic development, encouraging new businesss to locate here. With four fully-contained box trucks operating throughout the City of Houston, the graffiti abatement crew is quick and efficient. We’re quickly approaching abatement of the 80,000 site in the greater Houston area!