As Houston’s population grows, METRO is also expanding its transit network to meet the region’s transportation needs. More and more residents are seeking walkable neighborhoods with access to transit. The completion of METRO’s Red, Purple, and Green light-rail lines, along with the redesigning of the local bus network in 2015, gives both public and private entities a chance to encourage transit-oriented development that supports walking, biking, and transit use.

Metro has released their Transit-Oriented Development Study in partnership with the City of Houston and the Houston-Galveston Area Council, which identifies the benefits of successful transit-oriented development, such as triggering economic, transportation, health, and community benefits. By identifying and communicating these benefits, METRO and other stakeholders can support policies and programs that will make TOD more likely to occur.

The Houston Planning Commission approved an Urban Corridor Plan that was adopted by Houston City Council in 2009 that requires that new development along transit corridors and intersecting streets comply with specific design and construction standards. City ordinance #2009-0762, Chapter 42 Article IV requires that these standards be fully accommodated in the public right of way. 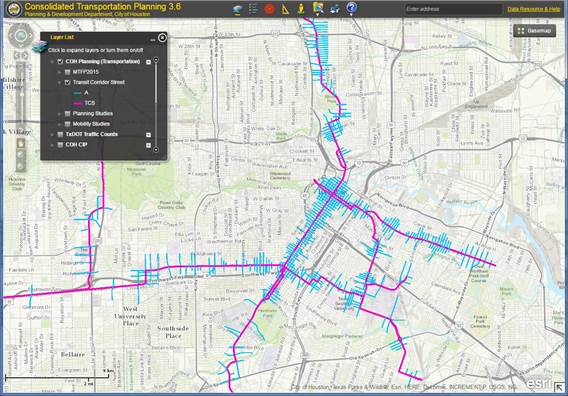