Above: Downtown Houston as seen from the East End District.

Notes from the Coordinator

The East End District formed a Rail Safety Taskforce to identify mobility and safety impacts in the East Houston Region.

A railroad crossing that is occupied by a train can be very frustrating. Crossing Signal Activation without a train “ghost train” or train “over-hang” causing the signals to activate can be just as frustrating.

The East End District is coordinating with the City of Houston Office of Innovation in analyzing crossing impacts and researching motorist assistance technology to help you get around impaired crossings.

To Report a Blocked Crossing 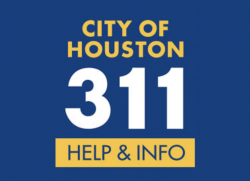 A coordinated effort of organizations to bring safety awareness to the East End District and throughout the East Houston area.

It's All About Safety